This Potato Gratin is rich and delicious. It is easy to prepare and takes only 15 minutes to bake. 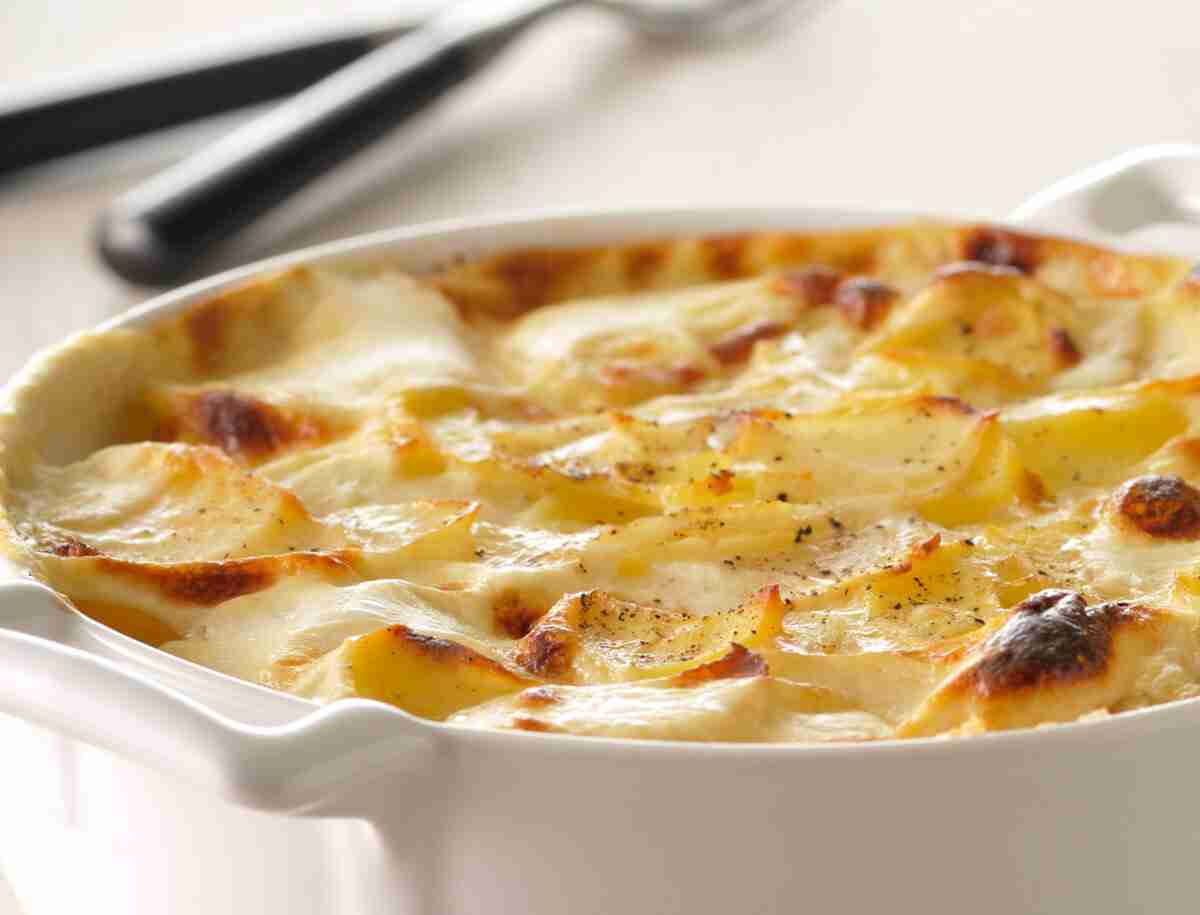 Directions:
• Preheat the oven to 500 degrees F.
• Peel the potatoes and cut them into slices, neither especially thin nor especially thick (approximately 1/2-centimeter.)
• Put them into a large saucepan with the half and half, onion,bay leaves,  minced garlic and salt.
• Bring to the boil and cook at a robust simmer or gentle boil (however you like to think of it) until verging on tender, but not dissolving into mush.
• Use some of the butter to grease a large roasting pan (15 by 12-inches) and then pour the almost sludgy milk and potato mixture into it.
• Dot with remaining butter and cook in the oven for 15 minutes or until the potato is bubbly and browned on top.
•  Remove, let stand for 10 to 20 minutes and then serve.

A unique blend of fresh vegetables for richer flavor makes this vegetable stock the best you’ve ever had, and the easiest to make too.