This is a dessert drink made with carnelian cherries and syrup. Carnelian Cherry Compote is an extremely nutritious drink with a unique flavor. Great for summer time or all year round. Great source of vitamin C. 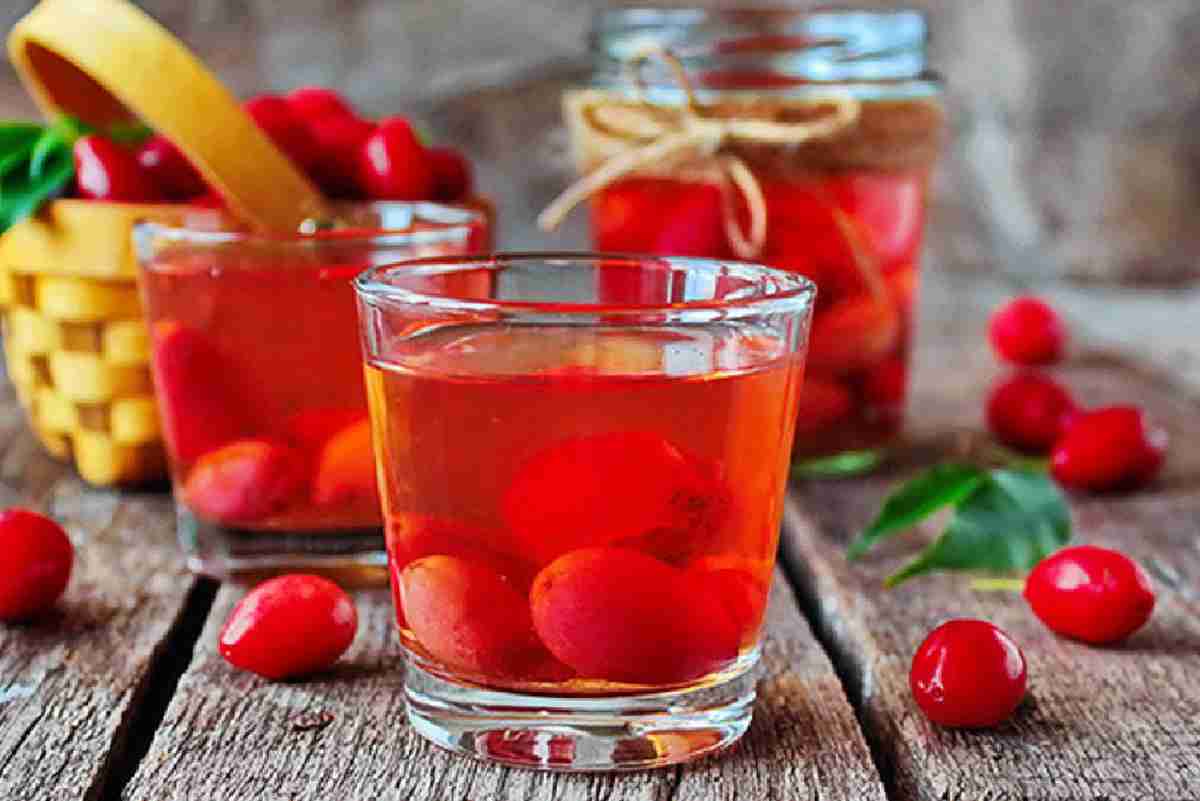 Directions:
• Wash and clean the fruits from any dirt.
• Place them in a deep pot,  add water, and sugar.
• Turn on the stove on a very low temperature and slowly start heating until it simmers. Stir with a wooden spoon.
• After 20 minutes, remove from heat.

Cornelian cherry is almost a deity in Eastern European stories and myths. From the times when ancient people were discovering healing potentials of certain foods, this magic tree has been used from root to fruits.  It’s a plant that has so many benefits! It can survive almost all conditions and give fruits for hundreds of years. These berries contain anthocyanins which have antioxidant and anti-inflammatory properties. Cornelian cherries also contain organic acids, pectins. They are a very rich source of Vitamin C, and depending on genotype or origin, can contain up to twice the amount of orange.

So good and so easy Irish Coffee. Even better than what I have had at restaurants in the States.

Healthy Baked Yogurt Dessert in an easy few ingredients recipe which is quick and delicious. Ryazhenka is the best thing that can happen to you as far as Russian dairy products are concerned.

It seems like the only thing I ever order in Starbucks is Chai Tea Latte. And since sometimes I don’t feel like going anywhere I learned how to make Chai Tea Latte at home.